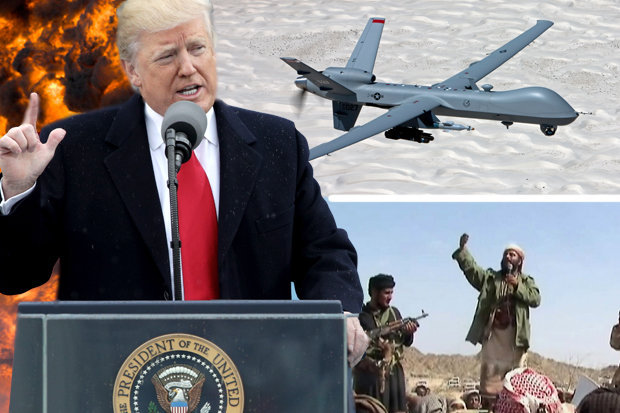 President Donald Trump has repeatedly promised to withdraw the United States from costly foreign conflicts, bring American troops home, and shrug off burdensome overseas commitments. “Great nations do not fight endless wars,” Trump declared in his 2019 State of the Union address. “We’re bringing our troops back home,” he boasted during a cabinet meeting in October. “I got elected on bringing our soldiers back home.”

However, as political science professors Paul K. MacDonald and Joseph M. Parent recently explained, after nearly three years in office, Trump’s promised retrenchment has yet to materialize. The president has hardly altered the U.S. global military footprint he inherited from President Barack Obama. Nor has he shifted the costly burden of defending U.S. allies. To the contrary, he loaded even greater military responsibilities on the United States while either ramping up or maintaining U.S. involvement in the conflicts in Afghanistan, Syria, and elsewhere. On practically every other issue, Trump departed radically from the path of his predecessor. Yet when it came to troop deployments and other overseas defense commitments, he largely preserved the chessboard he inherited—promises to the contrary be damned.

The clearest measure of Trump’s retrenchment efforts, or lack thereof, is foreign troop deployments. In the final months of Obama’s presidency, approximately 198,000 active duty U.S. military personnel were deployed overseas, according to the Pentagon’s Defense Manpower Data Center. By comparison, the most recent figure for the Trump administration is 174,000 active duty troops. But even that difference reflects an accounting trick. Beginning in December 2017, the Defense Department started excluding troops deployed to Afghanistan, Iraq, and Syria from its official reports, citinga vague need to “protect our forces.” When the estimated troop levels for those three countries are added back in, the current total is around 194,000—roughly equivalent to the number Trump inherited.

President Trump’s self-professed dealmaking prowess was supposed to free America from costly foreign entanglements. Despite his claims to know more “than the generals do,” however, Trump has yet to end any U.S. war—and his actions have squandered U.S. leverage in Afghanistan and Syria. After withdrawing from the Iran nuclear deal, he failed to replace it with anything, much less anything better. In early November, Iran announced that it would begin to enrich fissile material beyond the caps it agreed to in the agreement—an indication that the Ayatollahs never intended to keep their word since they have justified themselves by blaming the U.S. despite the other countries who are still part of the nuclear deal.

The president has been quick to blame these setbacks on “the deep state” but he has had no trouble forcing out legions of advisers who did not perform as desired. Trump’s preferences may be unstable, but he appears to get what he wants from his employees. A related defense trotted out by supporters of the president is that elected officials such as Senator Mitch McConnell have stymied Trump’s retrenchment efforts. But apart from the Syrian retreat, which was a dispute over a small number of troops, Republicans have given the president sufficient support to pursue his foreign policy goals.

A more compelling explanation for the persistence of a large global U.S. military footprint, and the concomitant creep of overseas commitments, is to be found in domestic politics. Trump’s rhetoric can diverge sharply from reality without consequence because few in his party have an incentive to hold him accountable. In this hyper-polarized political moment, most voters will stick with their party regardless of how many campaign pledges are broken or foreign policy initiatives end in failure. With an all-volunteer military, flattening taxes, and deficit financing, the vast majority of Americans are insulated from the costs of American foreign policy. So long as most Americans want to look tough and influential without paying for it, politicians will not be punished for living in the same fantasy world as voters. They can promise big changes, avoid making hard choices, and keep muddling along. That may be a way to get elected, but it is no way to run a superpower.

Yet it is still not too late. Trump takes pride in being a deal maker, and he has just done so with one that would replace to old NATFA. While the burden is on Trump, he is the one to and who could start ending the endless wars in the Middle East and elsewhere.